Many Transgressions To Justification

As lovers of the Lord, we seek to learn discipleship. By study of the accounts in scriptures of the disciples who followed Jesus we can learn very good lessons about our own trials and temptations as we’re learning to walk with the Lord daily. By the examples of their successes, and their failings, we’re better able to understand our own, and the Lord’s patience with us as we go on with him.

The processes necessary to grow from the immature babe in Christ stage into the mature disciple involve learning to adapt to many types of transitioning trials. Transitions are places in our journey where we shift into another gear in preparation for a new level of maturity. These can be very challenging times. As we go through low “valleys” of pain and disappointment we learn how to hold onto the Lord for the help needed to survive, and even to flourish. as we trust the Lord. In the times of “mountain” experiences, when all is going well and prospering, we are encouraged and built up for the journey ahead. So, lest we be discouraged by the low places or puffed up by the high places, let’s consider some lessons about how our amazing Father God demonstrates such long suffering patience with his people as they seek to learn to walk on level ground. We are saved by grace through faith, we learn how to practice faith in his promises to us as we walk with him. Believing that his grace is sufficient.

We’re made to realize that the disciples were imperfect men, as we all are. Study well the times when they needed rebuke because of the division and spirit of competition in their midst. Be encouraged when you are made aware of these imperfections which surface in you. Seek the wisdom of God that will bring repentance and the desire to change. As we learn how to die daily to our soulish reactions the mind is renewed and the new creation is formed. Trust that God is able to bring the humble and contrite one through!

Consider Peter, who had been so bold as to attempt walking on water, then denied the Lord three times after his arrest by the rulers and officers. Consider the disciples who were so disrespectful of their great leader Jesus that they questioned his wisdom for his fellowship with the Samaritan woman. And some who ordered a poor blind men begging for mercy to leave the Lord alone. Or doubting Thomas, who had the attitude that he must see to believe, although we are commanded to walk by faith and not by sight. Others also, it seems, were upbraided by the Lord for their unbelief who continued to doubt even after he was raised from the dead!

Mark 16:14
Afterward he appeared unto the eleven as they sat at meat, and upbraided them with their unbelief and hardness of heart, because they believed not them which had seen him after he was risen.

Or consider Paul, who testified that he had been blameless under law, but fought to destroy the righteous, thinking he was doing God a favor. What mercy God showed to him, recognizing his zeal, but requiring that he repent and be cleansed;. For a season he was called aside and separated from all the old traditions of religion that were familiar to him, so that the heart could be changed. That must have been a very challenging time of transitioning for him.

We who have set our hearts to Kingdom commitment can look at these things and be warned, but comforted by the examples of the unfailing mercies of the Lord as these weak and imperfect men repented and were then made perfect. For we see the mighty works accomplished through these imperfect men after the day of Pentecost, the infilling of the Holy Spirit. They were equipped and used to change the world around them, and to lay a foundation for future generations to build upon. Let us also consider that after they were equipped for ministry and sent out, they continued to make mistakes and had to submit themselves to the daily disciplines and correction of mercy. We can learn that we never come to the place that we need no correction. Peter once had to be rebuked by the younger regenerated Apostle Paul for aligning himself with the Jews against the new gentile converts.

The heart fully set on God and on the seeking of his eternal promise of Christ’s kingdom is the fruit of the serious disciple of Christ. Though we all come to the Lord flawed, we yearn to be found faithful to do his will. Therefore, as we seek these eternal things, we experience the Father’s mercies in spite of our failings. We are then better prepared to extend mercy to many other flawed human beings. Through the work of the blood of the cross the imperfect can be made perfect. There is mention of “just men, made perfect”

To the general assembly and church of the firstborn, which are written in heaven, and to God the Judge of all, and to the spirits of just men made perfect,

Many transgressions resulting in justification!

Through faith and patience we will inherit the promises, and will reign in life with Christ!

Proverbs 4:18    But the path of the just is as the shining light, that shines more and more unto the perfect day. 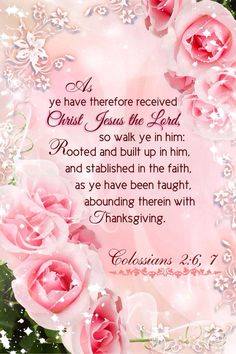 The love of Jesus invites us to come and drink of new life. View all posts by rita sue

One thought on “Transistioning Trials”

This site uses Akismet to reduce spam. Learn how your comment data is processed.

Wisdom Is What I Need

Because I Am Yours — Treasures Of Secret Places

Growing In Grace. By Grace, Through Faith 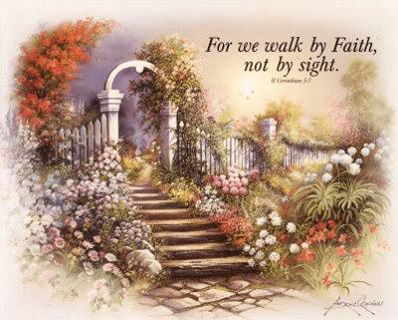 The love of Jesus invites us to come and drink of new life.